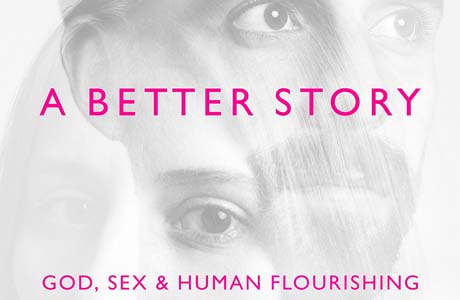 Many Christians today feel like they are on the back foot, trying to defend what the Bible says against a culture that is increasingly hostile to biblical truth and even sees some of its teaching as immoral. In this helpful book, Glynn Harrison firstly analyses the societal trends that have got us where we are today. Then he sets out how we can boldly tell a better story that speaks into the current language and values of our society.

In chapter 3, Harrison explains a helpful model from the social psychologist Jonathan Haidt that shows six ways in which people make moral evaluations. By engaging with this model, we are able to engage with arguments around fairness and the impact on the individual, rather than just appealing to the authority of scripture, which is so often an approach that fails to chime with our non-Christian world.

Then Harrison outlines how to set out a vision for the better story, which advocates what Christians are for and not just what they are against. He gives the example of often refusing to speak on the subject of pornography unless it can be set in the context of the positive view of sex that the Bible sets out - otherwise, it runs the danger of playing into the cultural narrative that Christians are restrictive and negative when it comes to sexual activity.

He encourages us to take the initiative in unpacking the great truths about sex and relationships, and about how both marrieds and singles can point in their sexual fidelity to the greater story of Christ and His church. He calls us to let go of worldly values that have infiltrated our minds and to dig deep into the biblical narrative. This will equip us to respond to a world that has been failed by the so-called 'sexual revolution' and instead tell a truly better story, firstly to our own church communities and then to the wider world.