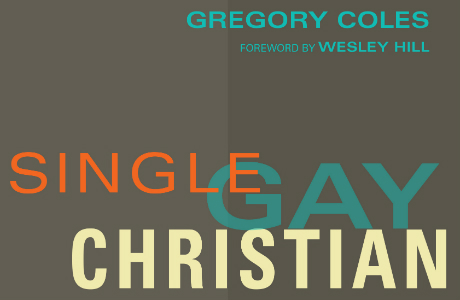 "I'm the guy you thought you could never be: a guy who's gay and loves Jesus and isn't ashamed to admit either of those things" (p115). This brave statement, included in the letter to his 12 year old self that concludes Gregory Coles' poignant and beautifully written memoir, encapsulates the 'whole story' we are promised at the beginning. This autobiography is a deeply personal and honest picture of a man who wants to live for and find fulfilment in Christ, read, understand and obey Scripture, seek his calling in the church and pursue a life of celibacy by taking up his cross. His discovery that "joy and sorrow are not opposites, that my life has never been more beautiful than when it was most broken-hearted" (p6) inspires us all to discover truth and grace through our most profound struggles.

This short book is in three parts: ‘Prelude’, ‘Interlude’ and ‘Postlude’. Raised in an American conservative Christian family, during puberty Coles recognises a pattern of sexual attraction to men which is anathema to him; he has loving parents, a happy childhood and yet he is "An enigma. An impossibility. A twisted upside-down miracle" (p14). He pleads for God to make him straight. He dates women - his first kiss is like pressing his lips to a grapefruit. At times he wants to die. He only knows of "ex-gay" or revisionist stances and fits into neither category. He decides to dive into ministry openings and forget about himself. "I found normalcy in bits and pieces, one day at a time, one friendship, one community" (p26). Coles writes without any dogmatic purpose. His wrestling with the reality of his sexuality is relatable to all same-sex attracted Christians, as is his subsequent 'debate with the divine', the grappling with scriptural passages on homosexuality.

Chapter 3 deals with the writer's refusal to accept easy answers to complex questions of sexuality he was brought up with –“If we truly love Scripture, we have to love it enough to let it prove us wrong…we have to love it enough to let it tell us what we don't want to hear" (p35). He studies biblical references to homosexuality and prays. He concludes that the Bible calls those with SSA to celibacy, with the loneliness and suffering that it can entail. In later chapters, he recognises that not only has his life been filled with intimacy from friendships and leading worship in church, but also that his singleness has been a high and joyful calling.

I have a couple of concerns about this book, the first being Coles' view of identity in Chapter 4. Although he rejects homosexual activity and gay marriage, he seems to argue that being gay is "central to my identity" (p37). His sexual orientation "was an inextricable part of the bigger story God was telling over my life. My interests, my passions, my abilities, my temperament, my calling - there was no way to sever those things completely from the gay desires and mannerisms and attitudes that had developed alongside them" (p43). He also suggests that homosexuality may be part of God's good design (p46-7), but seems to contradict this by saying it may also be a thorn in the flesh. Romans 1:26 states that homosexual behaviour is against God’s original creation design. Acknowledging that our primary identity is in Christ and not in our sexuality helps with the pursuit of holiness in our lives. This is not an academic book on the theology of sexuality, but I feel there is a need for clearer, biblical teaching on the nature of identity.

My second problem is in Chapter 8, where Coles worships with other Christians who may have alternative views on same-sex practice. He intimates that we are not to judge the beliefs or actions of other Christians (p110). My heart sank at this. Of course we are not to be judgemental but, by way of example, in 1 Corinthians 5 Paul reprimands the Corinthian church for passively tolerating an unrepentant sexual sinner within a Christian fellowship. There is no room to remain neutral about sin.

The second half of the book contains the most moving passages on singleness; TFT members will identify most with these. The risk-taking involved in wanting to be known for who he is, the idea that "living without sex is difficult. Living without intimacy is a death sentence" (p80), the need of a positive calling and the desire to wrestle with the world's view of masculinity are all addressed. But it is in his belief that celibacy is a call to longing which resonates the most. Longing brings temporary joy, but "someday...I will taste the fulfilment of intimacy a thousand times sweeter than any pale earthly imitations" (p98).

Despite my two caveats, this book gives insight and wisdom into “the unbearable heartache and unspeakable bliss” (p113) of loving Jesus as a celibate gay Christian. There is beauty and joy in sacrifice. By reading it, we can all be challenged, changed and called to action.