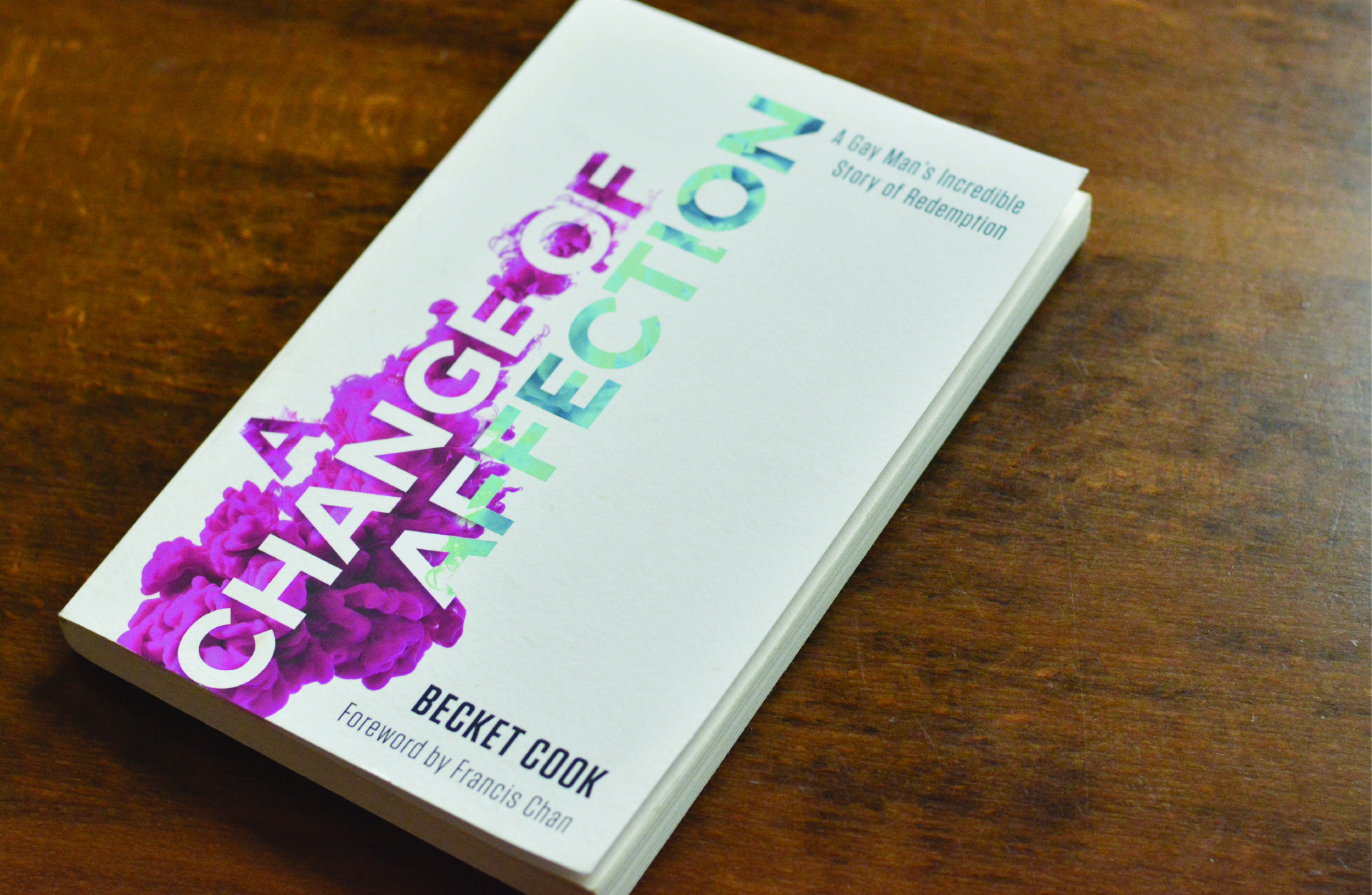 Review: "A Change of Affection" By Becket Cook

This is a beautiful story, very well told. Becket Cook tells the reader what it was like to be immersed in the gay lifestyle on the US West Coast, and how the world looks from that perspective: “I wanted everyone to be free to be who they were with wild abandon and without shame, completely comfortable in their own skin.”

Initially, he felt very uncomfortable as an outsider coming into contact with church and Christianity. He gives a moving account of his dramatic encounter with Jesus, with a lot of interesting detail on the process that took him there in such a short time. A chance meeting with a Christian in a coffee shop, and a single visit to a church, completely transformed his thinking in the space of about an hour. There is a fascinating section on his colourful professional and social life, mixing with the elite of Hollywood as an actor and set builder. At various times he embarked on careers in medicine, law, theatre set design, acting and scriptwriting. He makes an interesting point that his gay identity made his eventual choice of an unconventional career feel natural. He suggests that this may also explain why, historically, there have been many well-known gay creative people. “I began to feel contempt for the conventional,” he states. The cities that were the backdrop to his story were Dallas, Vienna, Tokyo and Los Angeles. “Cool career and romantic love were our raisons d’être.” He talks about how he came out to family and admits, “I had years and years to get comfortable with my identity, but I expected my family to get comfortable with it immediately”. But then he found himself locked into a pattern of intense two-year relationships, each time starting with new hope but ending in broken-heartedness. He also sets out his view of God at that time.

The second, slightly-shorter half of the book is a thoughtful look at how the values of our society affect us, as well as the questions people often ask him. He also explores the choices facing those with same-sex attraction and has some wise words for those with gay family members. Readers might anticipate that this part of the book will be less interesting than the narrative of the first half but, in fact, it is engaging and uplifting. Becket Cook still faces same-sex attraction, though greatly diminished, but it is clear that he does not feel sorry for himself as he copes with this. He is undogmatic about the reasons for his same-sex orientation, although he does at one point say “I believe my sexuality could have developed differently had I been protected from those experiences”. A point he makes is that homosexual activity can be hard to untangle from identity, and this presents a unique challenge to helping people. But, of himself, he says, “After my stunning encounters with God, I knew I could no longer pursue romantic relationships with men.”

The accompanying extract is perhaps the sternest passage in this second part of the book. There are also happier stories of how his conversion was the trigger for some of his friends to believe in Jesus. Surprisingly, this reflective part of the book does not mention any of the Bible passages that are usually part of any Christian discussion of homosexuality. Instead he chooses unexpected Bible passages and applies them to his subject, bringing fresh insights in the process. His discussion of his topic is nourishing, inspirational, and even joy-filled. He calls us to live our lives at a higher level than our own passions. His reflections are biblical without being in any way preachy.

The book is a compact, easy read by a natural writer and rarely long-winded. Instead, the book is divided into tight segments. The reader will often feel excited by God’s goodness and love.

"A Change of Affection" by Becket Cook

This book review was originally published in the Winter 2019 edition of the TFT magazine, Ascend.