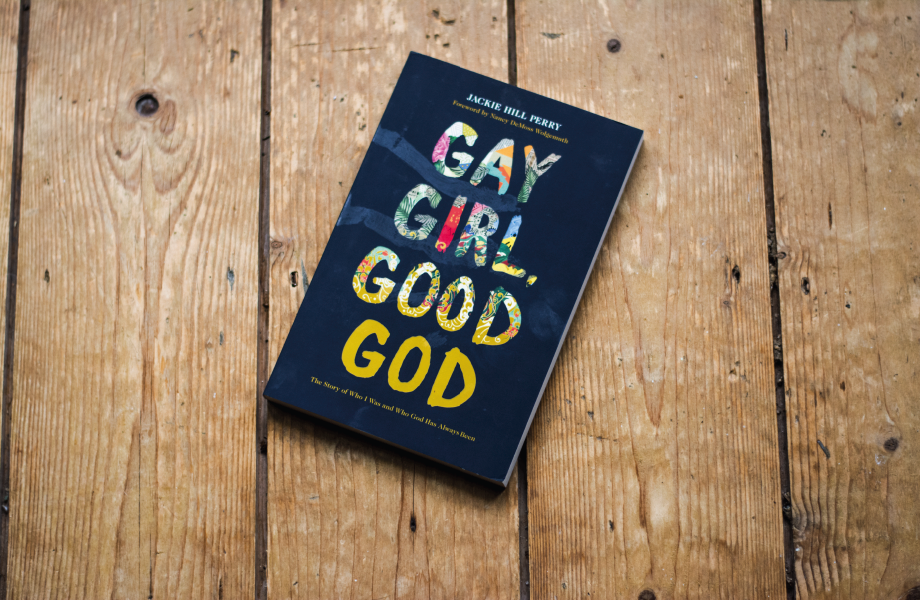 Jackie Hill Perry’s background as a poet and rapper is clearly reflected in the pages of her book Gay Girl, Good God, with her poetic and striking use of language to portray both her joy in God and the struggles and sorrow that she has experienced. The book is presented in three parts: the first Perry calls ‘Who I was’ and it shares her story of fully embracing a gay and masculine identity. The second section, ‘Who I Became’, is Perry’s testimony of a real and powerful encounter with God and how she was made new by His grace. In the final section Perry talks more generally about SSA with tools and scripture aiming to improve understanding of what the Bible teaches about sexuality and to encourage those struggling in this area.

Although the first parts of the book are a memoir, Perry consistently weaves what she has learned about God’s character and how she was pointed to Christ in amongst the pages of her life story. It is apparent from the start that the book is as much about God as it is about Perry:

This is a book with a lot of me in it but with a whole lot more God… This book is a lifted hand, a glad praise, a necessary hymn, a hallelujah overheard and not kept quiet. This work is my worship unto God that, with prayer, I hope will leave you saying, ‘God is so good!"

Perry tells her story articulately and with humility. Whilst her life did not outwardly look like someone’s who would be brought back to Him, God’s radical intervention is a powerful illustration of the enormity of God’s plans, purposes and of His saving grace.  I was encouraged that Perry also talks about her continued struggles after becoming a Christian and her need to keep turning to God and asking Him to help her – that she was not saved and then immediately made perfect!  Perry is also clear that whilst her gay lifestyle was perhaps her most obvious sin, it was not just one sin that she needed to be saved from. The book is not only about SSA and embracing a gay lifestyle but captures the nature of every human heart - namely, that we are sinful.

A helpful aspect of Perry’s book for me was that despite her own story of conversion and God’s work in her life leading to her marrying her husband and having children, she is careful and humble in acknowledging that not every SSA Christian’s life will look the same as hers. Whilst clear about the sinfulness of homosexual behaviour, she is adamant that God calls us to wholeness and holiness, and that, “God is not calling gay people to be straight.” This is an encouragement to those for whom the orientation of their attractions does not change and may never change after turning to Christ. Perry highlights the danger of the false ‘heterosexual gospel’, when the church wrongly leads people who are SSA to believe that this will certainly change when they become a Christian, understandably causing frustration and disappointment because this is not a promise that the Bible makes. In summarising her thoughts on the sometimes unhelpful way we as Christians think about sexuality, marriage, singleness and evangelism Perry says:

Our sexuality is not our soul, marriage is not heaven, and singleness is not hell. So, may we all preach the news that is good for a reason. For it proclaims to the world that Jesus has come so that all sinners, same-sex attracted and opposite-sex attracted, can be forgiven of their sins to love God and enjoy him forever.”

The book’s chapter ‘Same-Sex Attraction and Endurance’ was also one that I found particularly encouraging. It is a reminder that following Jesus means eternal life – but also a crucified one. We are taken back to the cross and reminded that, “the crucified life is the life set on enduring until the end when once and for all, the cross is replaced with a crown.” Perry notes that Jesus was able to endure not because He was strong – He was weak in His humanity – but because He loved the Father, and that, “a love that sees knowing God as the body’s greatest pleasure” is what will enable us to persevere in following Jesus.

I found Perry’s book moving, challenging and encouraging in equal measure and would highly recommend Gay Girl, Good God to anyone who is struggling to see hope in their situation. Although written by a woman, I believe Perry’s experiences and the themes and content of the book could be helpful to both men and women alike. It certainly left me confidently reminded that although life’s circumstances can be hard, we serve a God who is wholly, unreservedly and absolutely good.

This book review was originally published in the Summer 2019 edition of the TFT magazine, Ascend.