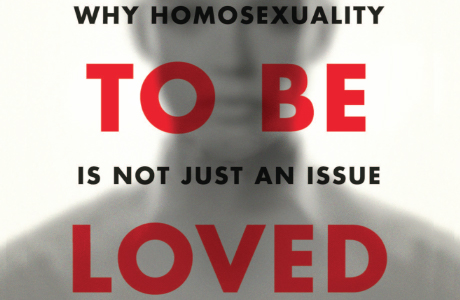 Review: "People to be loved" by Preston Sprinkle

Preston Sprinkle (don’t you just love that name!?), is an author, teacher, and speaker with a PhD in New Testament. He’s written a gem of a book called ‘People to be Loved.’

I appreciated how Preston recognised the sensitive, personal nature of the topic. Not content to talk about this topic in the abstract, he rightly centres the conversation on people. Although Preston does not experience same-sex attraction himself, he gets the tone just right. As a result, his writing radiates a pastoral warmth. For that alone, I highly recommend this book.

The book also takes seriously the challenge of revisionist teaching. Preston is obviously well read and goes through the Bible’s teaching expertly. There were occasions, however, when I felt he could have pressed the case further. For example, at the end of chapter two, Preston states that sexual difference in marriage alone is not enough to settle the debate on same-sex relationships. He could, of course, be right about that. But having just written so well on marriage and creation, I think he could have drawn a much stronger conclusion to that chapter than he did. I think the warm tone that makes the book so good, may work against him when the orthodox case could be pressed further.

Alongside the good biblical teaching and warm pastoral tone, this book is also packed full of useful insights. For example, in chapter four, Preston undermines many revisionist arguments by exploring the evidence of same-sex relationships in antiquity. It is often claimed that any notion of same-sex orientation was absent from the ancient world. Preston, however, provides good evidence that some ancients believed same-sex desires were fixed at birth. He also offers examples of consensual, equal-status, same-sex relationships in the ancient world. He, therefore, shatters the myth that we should only think that exploitative same-sex relationships are in view in the New Testament.

I highly recommend this book. If you’re looking for something with genuine pastoral warmth and top-level scholarship for a popular audience, then this is the book for you. With its sensitive tone, it also makes a great book to give away. So, if you know people who are struggling to reconcile their faith and sexuality, or others who are led astray by revisionist teaching, then you should encourage them to have this on their reading list.

People to be Loved: Why homosexuality is not just an issue by Preston Sprinkle

This article was published in the Christmas 2018 edition of the TFT magazine, Ascend.