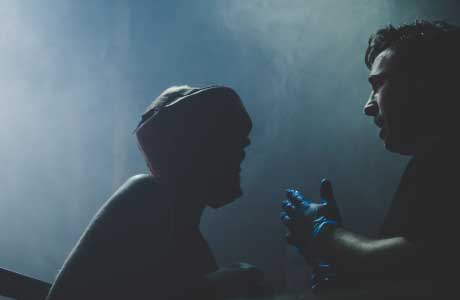 Review: "The Fight of Your Life" vs "Willing But Weak"

Book 1: The Fight Of Your Life

Stevens is very clear about his purpose for the book from the first page: “to help and encourage Christians in their battle against sin, and to right biblical expectations of the normal Christian life.” He later says that this is “a victorious life”, and not one marked by introspection, guilt, failure and loss of hope, which cripple so many Christians. He says that the New Testament never promises freedom from all temptation, but it does not doom us to a hopeless fight against it.

He helpfully addresses the common confusion between ‘Temptation and Sin’ (chapter 1) and is very clear in his differentiation between same-sex attraction and homosexual activity. As he says, Jesus was undoubtedly without sin but was definitely tempted.

Stevens explains thoroughly ‘Why are we Tempted?’ (chapter 2) and also includes the how, by

expounding the many sources of temptation. It does not come from God, but He allows it as everything is in His sovereign will, and hence according to His promise He even uses it as part of our process of Christian maturing. ‘Can we Resist Temptation?’ (chapter 3) is mainly the theological foundations for his arguments. He distinguishes temptation from testing or trials. ‘How do we Resist Temptation?’ (chapter 4) will be the favoured chapter, as he explains the practicalities, every one strongly backed up from Scripture. You could see how this one chapter broadly equates to the content of ‘Willing But Weak’. ‘What Should we do when we Sin?’ (chapter 5) is an encouraging addendum if we have not yet mastered everything in chapters one to four: “We need to ask what we should do when we fail to enjoy the victory that Christ has won for us”.

Williams makes his intent abundantly plain in both the subtext of the title and in the book’s opening statement, “A self-controlled life can enable us to make the very most of the one shot of life we have.”

His main biblical text is Titus chapter 2, in which Paul writes to Titus with behavioural instructions for various groups of people in the church. The only one common to all groups (and indeed the only one for young men!) is self-control. In other versions, this word is also translated as sober, temperate or sensible.

Self-control, Williams says, is like erecting a strong fortress around oneself (“Like a city whose walls are broken through is a person who lacks self-control” Proverbs 25:28). Because of this, we may be “rescued from all

manner of things that could harm and destroy us.” He doesn’t advise us just to try harder, or leave it to God, but reminds us it is self-control, while at the same time we have His Spirit within us. God gives us all the resources we need, and we are called to be conformed to His likeness.

Following this scene-setting in the introductory chapters, come ten short practical chapters of help for self-control in ten areas of life: Time, Growing in Wisdom, Reading Good Books, The Tongue, Drink, Sex, Anger, Screens, Money and Physical Training. You can simply mark off those which are of relevance to you, and read them in any order.

The Verdict: ‘Willing’ vs ‘Fight’

As ‘Fight’ has only five chapters, and is fifty per cent longer than ‘Willing’, it is a slightly more challenging read. It does, though, have a very logical and sequential flow, and the chapters have plenty of sub-headings. ‘Willing’, however, is so simple and accessible, almost to the point of being like a workbook - Matt Fuller says of this book in his review: “Ideal to read with a friend and spur one another on.”

Both books are readable, very theologically based, full of practical help and of use both to the individual and the pastor. So, choose where you want to start - either with a focus on dealing with temptation, or a focus on becoming self-controlled. And then come back later for the other one!

This book review was originally published in the Spring 2021 edition of the TFT magazine, Ascend. Click the button below to download your copy.