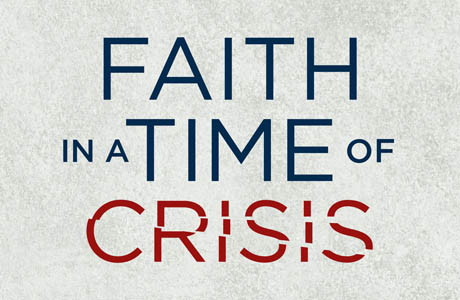 "Faith in a Time of Crisis"

This short but meaty book is a useful summary of much of the distilled wisdom of Vaughan Roberts.  Since the book grapples with the debate raging in the Global Anglican Church, you’d be forgiven for assuming a limited audience. However, the questions posed by Roberts deserve consideration by all of us seeking to get to grips with the fast-changing nature of sexual ethics in our society.

Roberts sets out his stall in the following quote:

“It’s very important to recognise that homosexuality is not ‘the big issue’…beneath this presenting issue, we’re focussed on something much bigger. We’re focussed on the fundamental issue of Scripture: its authority, its sufficiency, and its clarity.  And we’re focussed on the fundamental issue of the gospel of our Lord and Saviour Jesus Christ, the only Saviour and Lord, who stands above all cultures and issues a loving command to all peoples to repent and believe the good news, and then to live out that good news in all of life.” (P.11)

Chapter One outlines the dangers of a revisionist approach to Scripture, which redefines homosexual behaviour as not being sinful. Such a change in theology negates the whole need for Christ to be our Saviour, since there is no sin that requires repentance. This chapter does not focus narrowly on sexual sin - but argues that the thrust of Romans 1-2 in fact is highly inclusive. Paul excludes no-one from the definition of sin, but leaves the reader in no doubt that there is a universal need for salvation, since all have sinned and fall short of the glory of God.

Chapter Two argues how a Western obsession with personal freedom has led us to misuse sex to meet our own personal needs. We have been sold the lie that we can be fulfilled if we simply allow our sexual urges to be met, but in fact we cause damage to ourselves. The moment of exhilaration will never truly fulfil, but always leave us wanting more. Such a consumerist approach to sex damages single people, who feel they are missing out; at the same time it may harm marriage, with unrealistic expectations of sex itself. In Christ, our primary marriage is that of being His bride.  As such, we find our security, fulfilment and worth in Him - and whether single or married, we express our love for others from that basis of self-worth.

Chapter Three addresses the fallacy that being celibate involves not experiencing the power of true love. Roberts begins by defining divine love, and goes on to show how our love for one another should reflect this love that God has shown for us. Such love is broader than simply the erotic love between two individuals. Indeed, by the end of the chapter, Roberts is suggesting that if our churches can become true communities of intimacy and love, then those of us who struggle with SSA may feel less tempted to seek forms of love that are at odds with our conscience and desire to live out our lives according to biblical faithfulness.

Chapter Four is the final chapter written by Roberts in the book. In it we hear him speak about the importance of unity within the Church. He begins in a positive vein - by encouraging us to hold unity with those that are different to us. Such unity is a precursor to the wonderful day when we will all stand before the throne of God together in glory. Such unity is to be maintained and does not need to be created - since we stand together around common values of the gospel. Secondary issues such as liturgy or worship style may threaten to divide us, but we should hold unity.

The author then emphasises again that homosexual activity is not a secondary issue. It is defined as a sin in scripture, and therefore if the Church redefines it as not sinful, then we will find ourselves with a Church that has broken the unity of believers. It will be impossible to stand alongside those that define something which is inherently sinful as acceptable.

The practical implications of this broken fellowship are explored in more detail in the final chapter, written by Peter Jenson. This is one chapter that is probably of more interest to the Anglican reader. It describes the sad result of what happens when a denomination walks away from faithfully holding to biblical truth as the guide.

I would recommend it as a good read for leaders and anyone wanting to engage with the current debate.  My suggestion would be to read a chapter at a time and allow space for yourself to engage with the questions that Roberts will bring to your mind as you ponder what he’s written.