Why I reject the Side A & Side B Terminology 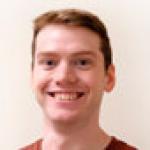 It’s often not wise to blog about a pet peeve. In this case, however, I do believe that it is worth graciously airing my frustration. You may be wondering, ‘what on earth is Rob on about?!’ Well, I think I’d better explain.

It has become increasingly popular to refer to false teaching on sexuality, what is often termed ‘revisionism’, or queer theology as ‘Side A.’ In contrast, believing what the Church has always believed; the biblical, orthodox, teaching on sexuality is termed ‘Side B’. Therefore, the narrative continues, you can have side A Christians and Side B Christians.

I first heard this type of language being popularised by Justin Lee. I didn’t like it but wasn’t surprised considering Justin’s rejection of biblical teaching on the nature of marriage. What is, however, more disconcerting is that more and more orthodox Christians who hold to the Scriptures teaching on sexual morality seem to be buying into this use of language. Well then, what’s the harm?

Here are a few brief reasons why I strongly reject this terminology.

Is Jesus Lord, or isn’t he? Does Christ get to decide what constitutes a marriage (Matthew 19:5) and sexual immorality (Mark 7:21), or not?

By using the language of A side/ B side, we are in danger of saying that sinful acts which are characteristic of those who do not enter the Kingdom of God (1 Corinthians 6:9-11) are simply a matter of personal preference and opinion. So, ‘if you ignore the clear teaching of Scripture, don’t worry, you can still be a Side A Christian.’ Seriously?

Biblically it’s clear that those who reject such fundamental scriptural truths are not simply on a different side of the same coin to those who accept them and seek to live them out. Of course, it is possible for genuine Christians to be deceived on these issues and it is possible for Christians to fall into sin. We should expect, however, that over time, genuine Christian faith will bear fruit in repentance and obedience.

Also, where will this use of language end? How about Side A Christians who reject the deity of Christ, and Side B Christians who hold to it? I just can’t imagine that the Church Fathers would have taken such an approach.

2) It undermines the importance of holding to the truth

Simply put, the language of Side A and B makes it sound like Christians can ‘agree to disagree’ on sexual ethics. For example, ‘if you’re Side A then that’s ok, and if you’re Side B, then there is room for you too.’ The problem is that this is not a matter that Christians can agree to disagree on. The stakes are far too high for that (1 Corinthians 6:9-11).  Indeed, the relationship between orthodoxy and orthopraxy is closely related, and we must be careful not to drive a great chasm between them.

3) It brings ambiguity rather than clarity

When I was in a same-sex relationship, I tried to ignore and twist scripture to suit my own desires. In the end, I simply couldn’t do it. For me, it came down to the fundamental question of whether Jesus was going to be Lord of my life.

The Scriptures really are very clear on sexual morality. Obeying God’s word, therefore, should not be looked upon as a 50/50 choice. If Scripture were a coin, it would never land ‘A Side’ up. Never.  To use the language of A Side/ B Side simply muddies the waters. It makes it sound like perhaps the Scriptures aren’t as clear as they seem. Through using this kind of language, the words of the serpent ‘did God really say?’ certainly seem to increase in volume.

Why bother walking on the narrow path which leads to life, when you’re told the broad road will also get you there? Don’t worry about repenting, don’t worry about carrying a cross, don’t worry about making Jesus Lord of your whole life, simply call yourself ‘Side A’ and move on. We’re called to make disciples and in my opinion using this kind of language makes that task more difficult.

To share a frustration can be quite therapeutic, but that wasn’t my aim in writing this article. Rather, I aim to encourage us not to legitimise false teaching by using such damaging terminology. Let’s instead affirm that the truth has nothing to do with a lie. Let’s agree that the light is not merely on the flip side of the darkness.

So, for these reasons and much more, I will never use the language of A Side/ B Side. If you do, then I urge you to reconsider.